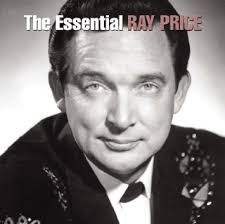 OTHER SONGS YOU MAY KNOW:  San Antonio Rose

WHAT’S IT ALL ABOUT: The entire collection covers Price up through his heyday on the pop chart.

SOME WORDS, PHRASES AND CLAUSES ABOUT THIS RECORD: As in the first review of a Ray Price collection, there’s two with basically the same title. The first review covered his honky-tonk phase. This one is a double CD with the first CD covering the same period and the second covering his Countrypolitan phase.

The weepy strings, lachrymose melodies, and sleepy, heartfelt vocals were all the rage, but they’re just too goopy and syrupy for me. I know that some country fans were NOT in favor of this trend, and that’s why Buck Owens and Merle Haggard, among others, became huge favorites with that crowd. It’s also why Outlaw Country became a big thing.

There are some decent songs here, but a lot of it is fluff that a pop crooner could have done.

NOTES & MINUTIAE: Though not in these collections, he had Top 10 country hits as late as 1981.

IS THERE A DELUXE VERSION: No. But there are other compilations out there that are quite thorough.

GRADE: B-. That grade mostly for the honky tonk stuff that’s let down by the country weepers.