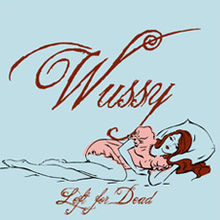 OTHER SONGS YOU MAY KNOW: Gotta go back in time to indie radio in 2007, and then probably not.

WHAT’S IT ALL ABOUT:  Second album from the group leaves the ghosts of the Ass Ponys behind.

SOME WORDS, PHRASES AND CLAUSES ABOUT THIS RECORD: The opening cut, “Trail of Sadness”, resembles the late, great Ass Ponys due the the plaintive voice of Chuck Cleaver, but as soon as “Rigor Mortis” kicks in, this group is now blazing its own trail.

Lisa Walker’s voice takes charge – working well with Cleaver and being assertive on her own. Walker takes charge of the songwriting, with eight cuts of her own, and her voice has become the voice of the band.

If there was any justice in the world, this record would have been spun and spun and spun. There aren’t many flaws, and it’s not ‘out there’ – just a real rock-and-roll record. It’s a shame it has no traction in the marketplace.

NOTES & MINUTIAE: The songs may have been inspired by the brief breakup of Cleaver and Walker as a couple.

GRADE: A: Jeez, this is just a good record.