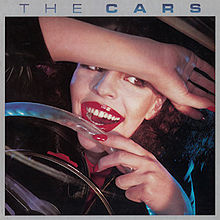 OTHER SONGS YOU MAY KNOW: Bye Bye Love. Moving In Stereo

WHAT’S IT ALL ABOUT: Perfect pop-new wave with an experimental touch, brilliant harmonies, and Elliot Easton’s fantastic guitar solos.

SOME WORDS, PHRASES AND CLAUSES ABOUT THIS RECORD: Today, there’s not a cut on this record that doesn’t bring a smile to my face. Even the ‘weird’ ones like “Moving in Stereo” do that. Is it nostalgia for high school, or a damn good album.

Maybe a little column A, and a little column B, but man, objectively, it’s one of the best examples of new wave that aimed for the pop chart, rock radio, and still kept its edge.

Featuring two lead singers, the conventional Ben Orr, and the oddly angular Ric Ocasek, the Cars planted themselves in several camps at once. For synth fans, they experimented with textures and fills. For guitar heroes, the fills and solos were top notch. But most of all, the songs (written by Ocasek) were top notch. Without the songs, this would be a curio.

If you question this rating, listen to Side 2 with an open ear. The deep cuts cement this record’s brilliance.

NOTES & MINUTIAE: This quintet were in myriad bands before: David Robinson was in the Modern Lovers, many were in a band called Cap’n Swing and some toiled in Richard and the Rabbits.

IS THERE A DELUXE VERSION: Yes, some demos and outtakes, and the demos show the songs fully formed, albiet without the sheen and polish of Roy Thomas Baker’s production.

GRADE A+: I can’t say anymore about this without devolving into a fanboy.