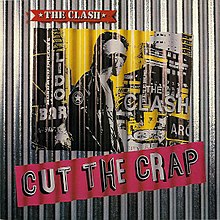 OTHER SONGS YOU MAY KNOW: Straight to Hell

WHAT’S IT ALL ABOUT: This is what you get when you appoint your manager as producer and he doesn’t know what the hell he’s doing.

SOME WORDS, PHRASES AND CLAUSES ABOUT THIS RECORD: After the departures of Mick Jones and Topper Headon, Joe Strummer and manager Bernie Rhodes kept The Clash going, and the ‘new’ clash (with three new recruits) toured with some new songs, and then…released…this.

Without Jones, the melodies and sensibility are non-existent. The lyrics seem trite and tired. And the production? Oh! My! God!

Synth drums, synthesizers, inane sound effects, no bass, muted guitars, odd vocal mixes. Holy cow. It’s like the producer didn’t know what he was doing – he didn’t. It was Rhodes, and it was a total butcher job. Weak songs and bad production. Only “This Is England” is semi-worthy of their name, and a couple of other tracks are passable, if I’m in a good mood. But man, as a whole this stinks and I hate it.

NOTES & MINUTIAE: Paul Simonon, still in the band, didn’t do anything really because of Rhodes’ involvement.

GRADE F: Exiled faster than anything else ever. 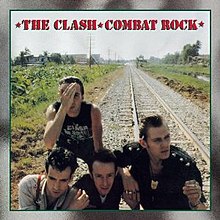 OTHER SONGS YOU MAY KNOW: Straight to Hell

WHAT’S IT ALL ABOUT: The long awaited and deserved US commercial breakthrough papered over a big division in the band musically.

SOME WORDS, PHRASES AND CLAUSES ABOUT THIS RECORD: Roaring out of the gates with “Know Your Rights” and careening down 11 other songs with various styles and motifs but unified by a voice, the Clash’s experiments in London Calling and Sandanista! were boiled into one successful, and challenging record.

Tracks like “Red Angel Dragnet” (Paul Simonon did the reciting, with Kosmo Vinyl adding the Travis Bickle bit), “Sean Flynn”, and “Death Is a Star”, as out of the mainstream as they were, successfully melded into the commercial sphere. Other great tracks like “Straight to Hell” and “Car Jamming” were great album tracks supported by the hits.

The issue here is the hidden division between Mick Jones and Joe Strummer. Mick wanted a double album with longer tracks and more dance / dub experiments, but Joe and manager Bernie Rhodes shut that down. (You can find the proposed album on You Tube as Rat Patrol from Fort Bragg). By October 1983, they were basically done.

NOTES & MINUTIAE: Drummer Topper Headon wrote the melody and piano part for “Rock the Casbah”, but was out of the band within weeks of release due to his drug addiction

GRADE A: The experimental cuts don’t hit 100% but the album wouldn’t be the album without it. 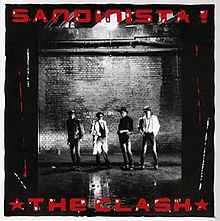 OTHER SONGS YOU MAY KNOW: Washington Bullets, Charlie Don’t Surf.

WHAT’S IT ALL ABOUT: Long, long sprawling album where the Clash explore all sorts of musical genres, foreshadowing the world music movement, and testing their audience’s patience.

SOME WORDS, PHRASES AND CLAUSES ABOUT THIS RECORD: When first release, this was a triple album, and six songs per side. In the contents, the Clash explore, rap, reggae, dub, gospel, dance music, dub, R&B, calypso and music from other cultures and idioms. Listening to it all at once was (and is) a test of patience; it wears you out.

That’s not to say there’s no quality here. For the most part, the Clash come up with winners on almost every cut, and it stretches and broadens the listener’s musical experience. But there is some filler. The dub experiments are hit and miss, and their work with making ‘versions’ of songs by tracking the basic song backwards, or slowing it way down, is really a matter of tolerance. I myself have exiled four tracks – back in the day I came up with a 90 minute version for a cassette that I thought worked well. I do think they could have done the dubs and experiments as their own EP or something and maybe could have made this a double with everything else.

The only real ‘punk’ is their version of “Police on My Back”, but there are so many other rich treasures here. Skip and shuffle, and it works!

NOTES & MINUTIAE: Paul Simonon was filming a movie when they first started to record so Norman Watt-Roy came on board to help on bass for a few tracks. Topper Headon sings lead on “Ivan Meets GI Joe”, Simonon sings “The Crooked Beat” (with Mikey Dread on toasting), and Tymon Dogg sings “Lose This Skin”

IS THERE A DELUXE VERSION: No, man, no.

GRADE: B: Thirty six tracks, some are expendable. There’s a lot of great stuff here (25 or 26 tracks worth), and a lot you may or may not want to deal with, especially most of side six. 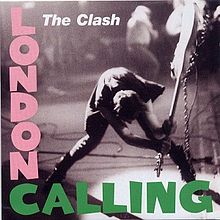 OTHER SONGS YOU MAY KNOW: Spanish Bombs, Death or Glory, The Guns of Brixton

WHAT’S IT ALL ABOUT: The definitive statement by the Clash, encompassing their political and musical outlooks.

SOME WORDS, PHRASES AND CLAUSES ABOUT THIS RECORD: It’s hard to imagine that the Clash moved from “White Riot”, a piercing, prototypical punk rock song, to songs as delicately constructed as “Jimmy Jazz”, or as rich as “Spanish Bombs”, but here we are.

From the title cut opener, to the almost-not-on-the-record “Train in Vain”, each song is a world of itself. When they cover songs (“Brand New Cadillac”, “Wrong ‘Em Boyo”, “Revolution Rock”) they make them their own. The real revolution is in “The Guns of Brixton”, written and sung by bassist Paul Simonon, with its menacing bass rumble, snarling vocals, and absolute sense of purpose.

I feel this is the best album of the 70’s, and was released at the very end of the decade. To me, nothing else has the depth, breadth, and commitment that this album does. Extra-ordinary.

NOTES & MINUTIAE: Guy Stevens, the producer, was drunk and high during the recording process and hurled chairs and equipment around to get the right mood in the studio. The band loved him.

GRADE: A+: A rare double album with absolutely no filler. Its legacy will live forever. 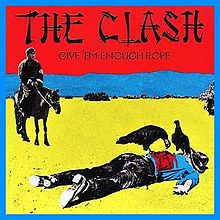 OTHER SONGS YOU MAY KNOW: Safe European Home, Stay Free

WHAT’S IT ALL ABOUT: Second album (first one released in the US) shows the Clash were going to continue to be a force in music, even if the album is a little inconsistent.

SOME WORDS, PHRASES AND CLAUSES ABOUT THIS RECORD: Somewhat overlooked in the Clash’s catalog, Give ‘Em Enough Rope has enough crunch to it that it’s a minor punk rock classic. The first four cuts pack a punch and add some variety to the standard punk rock fare (especially on “Julie’s Been Working for the Drug Squad”).

The second side seemed a bit flatter, as the Clash knew that pure punk rock was almost played out. “Stay Free” is a highlight, and would be a classic for any other band (it’s barely talked about now and that’s a shame).

Other songs recorded around this time, and released as singles, show the Clash evolving past punk rock. Here, they’re pretty close to the vest as a punk band, showing about how far the genre can go.

NOTES & MINUTIAE: Ron Perleman, the producer (who had worked for Blue Oyster Cult) didn’t like Stummer’s voice, and mixed it down. That tempers the songs somewhat.

GRADE: B+: It’s like some people have forgotten this album exists, since the others are talked and written about so much, but it’s got merit 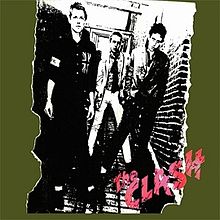 OTHER SONGS YOU MAY KNOW:  I’m So Bored with the USA, London’s Burning, Career Opportunities.

WHAT’S IT ALL ABOUT: Stunning debut by the Only Band That Matters, not released in the US until two years after the fact and swapped out four songs with five others and added a new version of a fifth.

SOME WORDS, PHRASES AND CLAUSES ABOUT THIS RECORD: No matter what version you listen to, the Clash’s first album is attention grabbing. Joe Stummer’s bark and snarl, the pop sensibilities of Mick Jones, Paul Simonon’s bass and the songs and lyrics that encapsulate a bored, unemployed youth in the UK during the time.

The UK version, which came out in 1977 but the US record company deemed it not worthy because it didn’t have ‘singles’, is almost all raw power and fury with just enough of a pop edge to make it go down somewhat smoothly. I said somewhat. “White Riot”, “Career Opportunities” and “I’m So Bored with the USA” are full of acid, but “Janie Jones” and their cover of “Police and Thieves” show another side to the band.

After selling 100,000 copies as an import, their debut was finally released in the US (after their second album had already landed over here). The Clash had recorded some outstanding tracks between albums, and here we got the pick of the litter. The brilliant “(White Man) In Hammersmith Palais” is the highlight of the new songs, along with “Jail Guitar Doors”.

The version now streaming in the UK version, the Clash’s original vision. The other tracks are all streaming in a big compilation. You can easily put together both versions. It’s worth it.

NOTES & MINUTIAE: The songs left off from the US version: “Cheat”, “Deny”, “Protex Blue” and “48 Hours”, while “White Riot” added the siren at the beginning of the track over here.

GRADE: A. Both versions have cuts which I skip over from time to time, but this is a crucial and vital work.