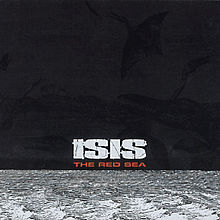 OTHER SONGS YOU MAY KNOW:  None

WHAT’S IT ALL ABOUT: Doom sludge death growl metal infused with some electronics and samples.

SOME WORDS, PHRASES AND CLAUSES ABOUT THIS RECORD: The first cut is just a noise experiment really, so that’s discarded (it made my head hurt), then we get to the meat of this. ISIS is fusing metallic riffs, time signatures, and repetition into one big stew, plus the addition of some electronics providing texture and sonic depth.

The vocals ain’t pretty, but they’re probably fitting with the material. It’s not music for the faint-hearted. In fact, you have to have a tolerance of noise, death growl and experimental riffing to really get it.

This was kind of a ‘canvas’ for future albums, experimental and dark.

NOTES & MINUTIAE: The last few cuts of this was their cassette demo used to get signed..

IS THERE A DELUXE VERSION: In Japan, one cover version.

GRADE: C+. I myself can deal with some of this, I get it. It’s not their best, nor does some of it really work. But it’s a start.