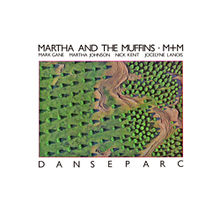 OTHER SONGS YOU MAY KNOW: Probably not

WHAT’S IT ALL ABOUT: After more lineup changes, and a switch to RCA, the Canadian new wave band moves into more of a dance idiom and tries to change names to M+M.

SOME WORDS, PHRASES AND CLAUSES ABOUT THIS RECORD: After losing losing one Martha and their bass player on the way, the tour for their third album shook up the band when the drummer left and sax player Andy Haas split publically with Martha Johnson and Mark Gane.

Unbowed, those two, new drummer Nick Kent, and bassist Jocelyn Lanois (sister of producer Daniel Lanois) continued, got a record deal for RCA and tried (oh, they tried) to rebrand themselves as M+M. The result was much the same – a decent album with intriguing, literate songs and a limited fan base.

The music on this album is more dance oriented, and somewhat more mainstream radio friendly. It’s not quite as strong as their debut, especially on the songs Gane sings. Still, they probably deserved a better fate than being a Canadian footnote.

NOTES & MINUTIAE: As noted, two albums between their debut and this were released. They’re not streaming, but I’m not putting out an APB for them. The one song that’s missing that should be there is “Women Around the World at Work”.

They also released material after this as well. Lanois and Kent left after this album as well.

IS THERE A DELUXE VERSION: Yes, a remix, a b-side and a live cuts

GRADE: B: Decent dance-new have. It does scream 1983, but is fairly literate and sophisticated as these things go. 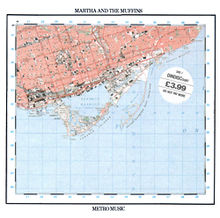 OTHER SONGS YOU MAY KNOW: Indecision

WHAT’S IT ALL ABOUT: Canadian New-Wave group hit it big with “Echo Beach” and back it up with a decently strong album.

SOME WORDS, PHRASES AND CLAUSES ABOUT THIS RECORD: A classic guitar line, intriguing synths, and a solid rhythm section backing Martha Johnson’s voice as she relates a tale of her boring job and the fun she would like to have at Echo Beach. It could have been just a Canadian one-hit wonder, but the rest of the album finds it strides in similar tales of ennui with lyrics that are more literate than your usual fare.

The ten tracks, mostly written by Mark Gane or Johnson, are similar but varied enough to hold an interest for the most part. The key song for me is “Indecision”, in which Johnson laments that she can’t make a decision about anything, and thus is stuck in the rut.

It’s not a totally crucial record, but it’s a good representative of smart new-wave that was happening around 1980 or so.

NOTES & MINUTIAE: During the next few years, they recorded two more (that aren’t streaming) and lost Martha Ladly and then bassist Carl Finkle in the process.

GRADE: B+: If you like “Echo Beach”, you won’t be disappointed.