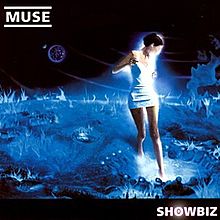 OTHER SONGS YOU MAY KNOW: Maybe not, at least not here.

WHAT’S IT ALL ABOUT: Debut from the grandiose, semi-progressive UK group establishes their sound and their air of pomposity, all while being mostly listenable.

SOME WORDS, PHRASES AND CLAUSES ABOUT THIS RECORD: Sure, they’ve got some Radiohead in them (a less obtuse and strange Radiohead). Yeah, they’ve got a streak of pretention and gratuitous grandiosity. But darn, if this record doesn’t hook you in for the most part.

The second track, “Muscle Museum” is the album highlight. There’s a definite hook and melody that makes it radio friendly, but the complexity and the production means that it’s not just garden variety radio fare, and the hooks make it a lot more than just a new proggy track by a prog-wanna-be band.

The trio don’t always succeed at what they’re doing. Some of the deeper cuts don’t have the same drive or energy, and it does seem a bit long-ish (hey it was the late 90’s, no edits needed), but this basically established Muse’s base sound, one they’d build on later.

NOTES & MINUTIAE: The band chose these tracks from 50 or so, with some of the other songs destined for B-sides.

IS THERE A DELUXE VERSION: Yes, various versions for digital download, Japan, and the Benelux area.

GRADE: A-: Sometimes over-wrought, but enough good-to-great tracks to keep you listenting.