OTHER SONGS YOU MAY KNOW: If you bought it only…

WHAT’S IT ALL ABOUT: Impressive, yet ultimately overwhelming, concept album.

SOME WORDS, PHRASES AND CLAUSES ABOUT THIS RECORD: The second record by the Mars Volta is a concept supposedly finding one’s birth parents, but it’s not as straight forward as you think. The story gets a bit lost as you listen to the staggeringly complex tracks.

Only one of the five tracks is under 10 minutes (“The Widow” at 5:50) and “Cassandra Gemini” is 32 ½ minutes long! Now, long songs don’t necessarily mean something is boring, pretentious, or indulgent, yet these tracks seem to verge upon being too much for anyone to take all at once, even with the great sounds and riffs. 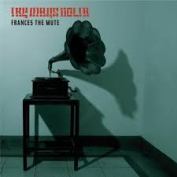 There’s also sound effect and found sounds through the record that disturb the flow (at least to may ears) and while they may be necessary for the ‘story’ I could do without.

I love the sound and idea of the story, it’s just way way too indulgent.

NOTES & MINUTIAE: The title track was left off the album for time, so it was released as a B-side and streams separately.

GRADE C+: Maybe I need to spend more time with it, but it’s such a slog that the great parts are obfuscated by the breadth of the tracks. 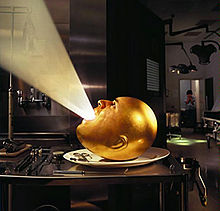 TITLE:  De-Loused in the Comatorium

OTHER SONGS YOU MAY KNOW: Not on the radio, no.

WHAT’S IT ALL ABOUT: Progressive, experimental rock band cobbled together from the ashes of At The Drive In releases a powerful, trippy debut.

SOME WORDS, PHRASES AND CLAUSES ABOUT THIS RECORD: One complaint about progressive rock concept albums is that the story is hard to follow, especially for casual listeners. Also, the songs don’t tend to work well together as solo set pieces for the most part. 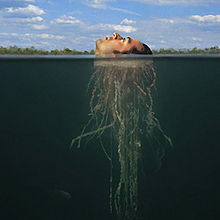 While the storyline is complicated and complex, and if you want to follow it attention is required. However the music, while progressive and complex, is engineered that you can enjoy it in bits and pieces easily. The riffs and time signatures are dizzying at times.

Bixler-Zavala and Ward created the story, and Rodriguez-Lopez crafted the music. They wanted to take music into the future, and while the band complained that Rick Rubin watered it down, it still sounded like nothing from 2003.

NOTES & MINUTIAE: They released a three-song EP in 2002

GRADE: A-: Complex and staggeringly original with a complicated storyline, but palatable to casual fans.