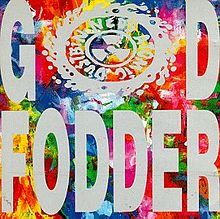 OTHER SONGS YOU MAY KNOW: Less Than Useful, Selfish

WHAT’S IT ALL ABOUT: UK band with two bassists take the late 80’s shoegaze and post punk sound and make it more melodic and driving,

SOME WORDS, PHRASES AND CLAUSES ABOUT THIS RECORD: After touring with the Wonder Stuff, Ned’s Atomic Dustbin recorded a couple of singles that turned heads at Sony, and in 1991, their debut record was released in the UK (and then in the US). It made them stars in the UK, and somewhat popular among the alternative crowd over here, and for good reason.

The two bassists add a texture that the UK sound at that time didn’t have – as one bassist played harmonies working with the shoegazey-style guitar and the other was a traditional bass attack along with the drums. They utilized tempo changes, hooky melodies, and pedal effects to create a unique sound that did fit in with the times.

For the most part, the songs are diverse and inviting, but a few tracks sound same-same and that kind of drags it down a little. However, this is a fine debut and brings one back to 1991, in the midst of grunge and shoegaze and on the cusp of Brit pop.

NOTES & MINUTIAE: Their independent record company released the first two singles and other tracks on an EP that the band didn’t authorize.

GRADE A-: At the time, it was a refreshing sound and interesting instrumentation. It still sounds decently fresh today thanks to the music’s unique qualities.