TITLE:  The Collection: The Best of the Early Years

OTHER SONGS YOU MAY KNOW: Really doubt it

WHAT’S IT ALL ABOUT: New Zealand bands arty incarnation albums gain little notice outside of Australia and New Zealand, but show some potential.

SOME WORDS, PHRASES AND CLAUSES ABOUT THIS RECORD: By 1977, Split Enz established themselves in their native New Zealand and in Australia as quirky art-rockers with some pop sensibilities. That success didn’t translate out of Oceania, though, and some of the decisions made by the band or record company hurt them.

Tim Finn decided that re-recording their first album would help them internationally, so they did that (titling it Second Thoughts in Australia / NZ and the original Mental Notes everywhere else). Then after their second (third) album Phil Judd, the main songwriter, left the band and thus their art-rock sound left as well, and then their international label dropped them. 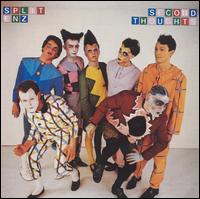 This collection surveys that time frame, and while they can be odd and strange at times, you can hear some of their more familiar sound coming out, especially when Tim Finn has more input on the songs. It’s a curio for fans and also for those who don’t mind odd 70’s art-pop.

GRADE: B-:  Not what you expect, but there’s some interesting stuff here.